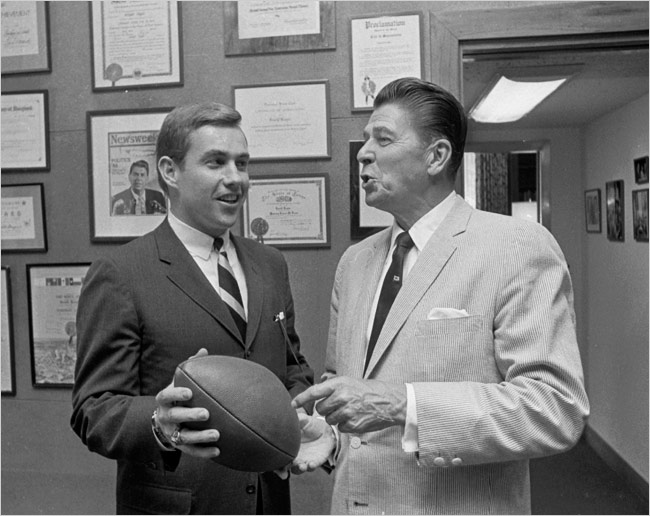 Jack Kemp was a pro quarterback, a leader in Congress and a Secretary of Housing and Urban Development (“HUD”) who understood the power of free markets and free people. In a few weeks, a new President will begin implementing their vision of the country through executive branch departments. Between now and the election, we will highlight how Kemp fundamentally changed one federal department so important to those of us on the front lines of fighting poverty and homelessness.

I authored this Wall Street Journal op/ed last year which began as follows:

“The history of every civilization teaches us that those who do not find new means to respond to new challenges will perish or decay.”  Those were not my words, but President Lyndon Johnson’s wise advice to the nation as he announced the creation of HUD in1965.

Kemp indeed found new means to respond to new challenges. Widely seen as a backwater cabinet department then as now, Kemp showed us what passion and commitment can do for America. Serving under President George H.W. Bush, he was one of the most innovative cabinet secretaries our nation ever saw.

Jack Kemp’s work continues today through the Jack Kemp Foundation.  Following are excerpts from the Foundation’s “Quarterback in the Cabinet” video panel where senior officials who served under Kemp, journalist Morton Kondracke, Center for Neighborhood Enterprise President Bob Woodson and former Indianapolis Mayor Stephen Goldsmith, give us valuable insight into why leadership matters if are to make a difference for those stuck in poverty and destitution.

The video is from 2012, but we it’s worth watching at least once every four years. We found ten ways Jack Kemp made HUD work and will feature a few of them per week between now and the election.

The full video is available here:

We had key priorities; expanding home ownership and affordable housing opportunities, creating jobs and economic development …we put these priorities on cards and distributed them everywhere under the tagline “recapturing the American dream.”

The idea was always how can we use our housing programs to help people become empowered, live better lives, acquire the skills and the initiative to become productive members of society.

When liberals see poor people they see a sea of victims, and conservatives see a sea of aliens.  That tension continues to exist.